Mark Carlotto, author of books like Before Atlantis, recently wrote a paper analyzing the orientation of hundreds of ancient Egyptian temples.  His conclusions: dozens appear misaligned today because they were built and aligned tens of thousands of years ago when the crust of the Earth had not yet experienced the most recent POLE SHIFT that took the North Pole from Hudson Bay to its present location.

“It is generally believed that the ancient Egyptians oriented their pyramids, temples, and other structures to the sun and stars. Yet the alignments of many sites are either unexplained or are not consistent with accepted historical timelines. Even if one knew nothing about the Egyptian civilization it can be readily determined that many sites are oriented astronomically. In a study of 650 locations throughout Egypt, we identify 113 sites that are aligned in the cardinal directions, or to solstices, or lunar standstills. Using a new shifted geographic pole alignment model based on Charles Hapgood’s theory of crustal displacements and geographic pole shifts to test the remaining sites an additional 60 sites were found that could have been astronomically aligned relative to previous locations of the North Pole. We propose that when these sites were first established they were aligned relative to the location of the geographic pole at the time but are now misaligned to the current pole due to subsequent pole shifts. Based solely on their alignment we hypothesize that these sites were built tens of thousands of years ago under the earlier pre-dynastic reigns listed in the Turin Papyrus. Analyzing the geographic distribution of sites aligned to current and past poles reveals a difference in the alignment statistics between Upper and Lower Egypt that could be explained by a flood or other disaster following the last pole shift.” 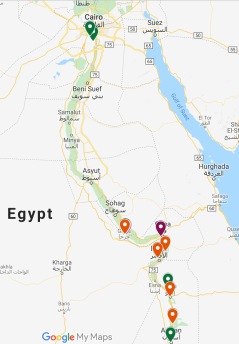 To clarify that last point – Lower Egypt means northern Egypt, where the Nile descends down to sea level near its delta.  In Lower Egypt most of the temples are newer and are oriented towards the current cardinal directions; i.e. they were built less than 12,000 years ago in our current age with the North Pole in the position we know it today.  Upper Egypt, at the higher elevations to the south, has a majority of temples that are older not aligned to our present North Pole because they were built prior to the last pole shift.  “Overall most of the sites that are aligned to the current pole are in Lower Egypt. On the other hand, there are more sites in Upper Egypt aligned to older poles than there are in Lower Egypt. One possible explanation is that a flood following the last pole shift destroyed about 80% of the sites close to the Mediterranean Sea.” 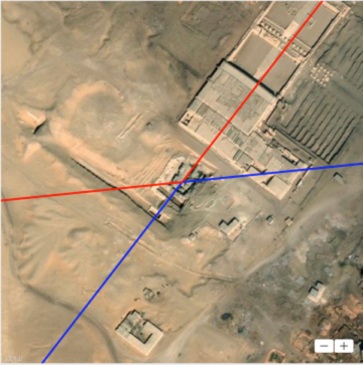 The Osireion and Temple of Seti I at Abydos are aligned to the solstices relative to the Hudson Bay pole.

As you can read in another article about these temple alignments: “The paper lists 60 sites that could have been astronomically aligned to former poles: 19 to the Hudson Bay pole, 35 to the Greenland pole, and 8 each to the Norwegian Sea and Bering Sea poles. As a result of subsequent pole shifts, these sites are not today aligned in any meaningful way and so have been difficult to understand using conventional models/reference frames….  If Hapgood’s theory is correct, based on their alignment with former poles, these sites could have been first established tens of thousands of years ago. Over time as sites fell into ruin, some structures were rebuilt and others added over and around the original foundations sometimes preserving original alignments to the older poles. What exists today is a mixture of site alignments that reference both current and past pole locations.” 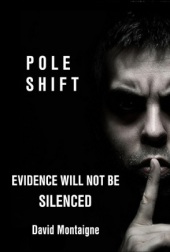 My current research is focused on Chan Thomas, whose theories on pole shifts were explained in his 1963 book: The Adam and Eve Story – easily accessible in a partially declassified file on the CIA’s web site.  Chan Thomas believed we would be due for another catastrophic pole shift any time after about the year 2000.  I hope to be able to explain much of what the CIA did not want to reveal about him when my next book comes out.