Thank you to The Foxhole blog for showcasing this: From The Washington Times

What they actually face is justice for the crimes they committed. 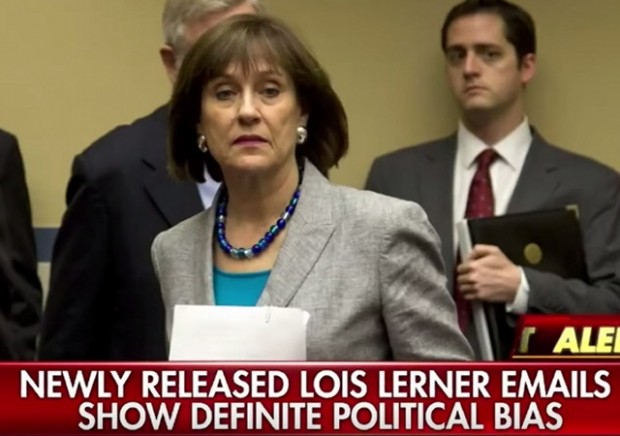 Ms. Lerner and Holly Paz, her deputy at the IRS, filed documents in court Thursday saying tapes and transcripts of depositions they gave in a court case this year must remain sealed in perpetuity, or else they could spur an enraged public to retaliate.

……Ms. Lerner and Ms. Paz gave taped depositions in a class-action lawsuit brought by tea party groups demanding answers and compensation for having been subjected to illegal targeting for their political beliefs.

The government settled the class-action lawsuit in Ohio and another tea party challenge in the District of Columbia in two agreements last month, admitting to the illegal behavior. The Ohio settlement also called for the government to pay $3.5 million to the tea party groups, according to one of the plaintiffs.

……During the course of the Ohio case, the tea party groups filed thousands of pages of documents, but testimony from Ms. Lerner and Ms. Paz was left out of the public record because of their earlier request for privacy.

In other words, they wanted ‘privacy’ to hide their responsibility for the crime.

……They particularly blamed Mark Meckler, a tea party leader whose organization helped fund the class-action lawsuit, saying he helped stoke the threats against them by calling IRS agents “criminal thugs.”

“These words matter. They have created a fertile environment where threats and harassment against Mss. Lerner and Paz have flourished,” the lawyers said.

Mr. Meckler laughed when he learned about the filing.

“Four years of harassing innocent American citizens for their political beliefs, and she’s scared of a guy in a cowboy hat talking to a bunch of little old ladies at a tea party event?” he said, recounting the speech where he called IRS agents “thugs.”

He said if the depositions didn’t show any bad action on her part, then Ms. Lerner should have nothing to fear from their release to the public.

“The reality is because she knows she is guilty as the day is long and she doesn’t want people to know what she actually did,” he said….

She used one of Obama’s weaponized federal agencies to target individuals because of their patriotic opposition to Obama, and now she’s afraid of the outrage. Too late, bitch. We’re already outraged. Force them to unseal the testimony. The public has a right to know.

Under Obama’s direction, the IRS didn’t have any trouble defining his preference of sympathetic leftwing groups over Tea Party/GOP organizations.

Obama met with top IRS official William Wilkins before the targeting began.  As a matter of fact, a Cincinnati IRS employee testified that it was quite clear the orders came from D.C. 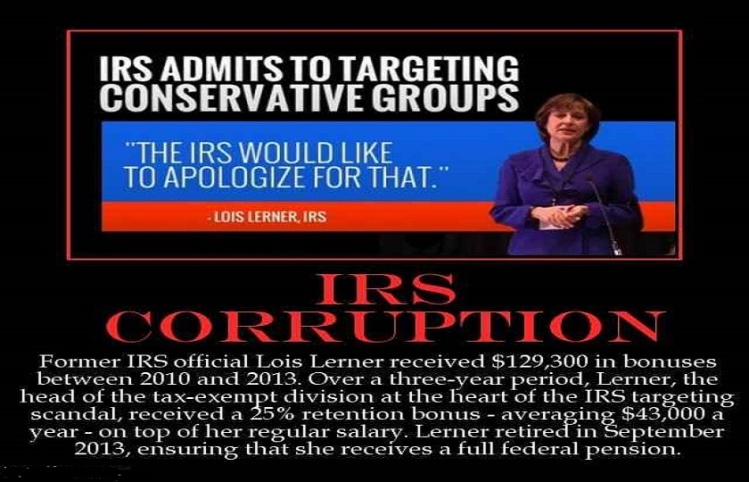 Historian, investigator, and author of prophecy books like End Times and 2019, and Antichrist 2016-2019
View all posts by David Montaigne »
« Changes in Saudi Arabia Point to War
1962 False Flag Plan to Produce Copies of Soviet Aircraft and Attack Allies »